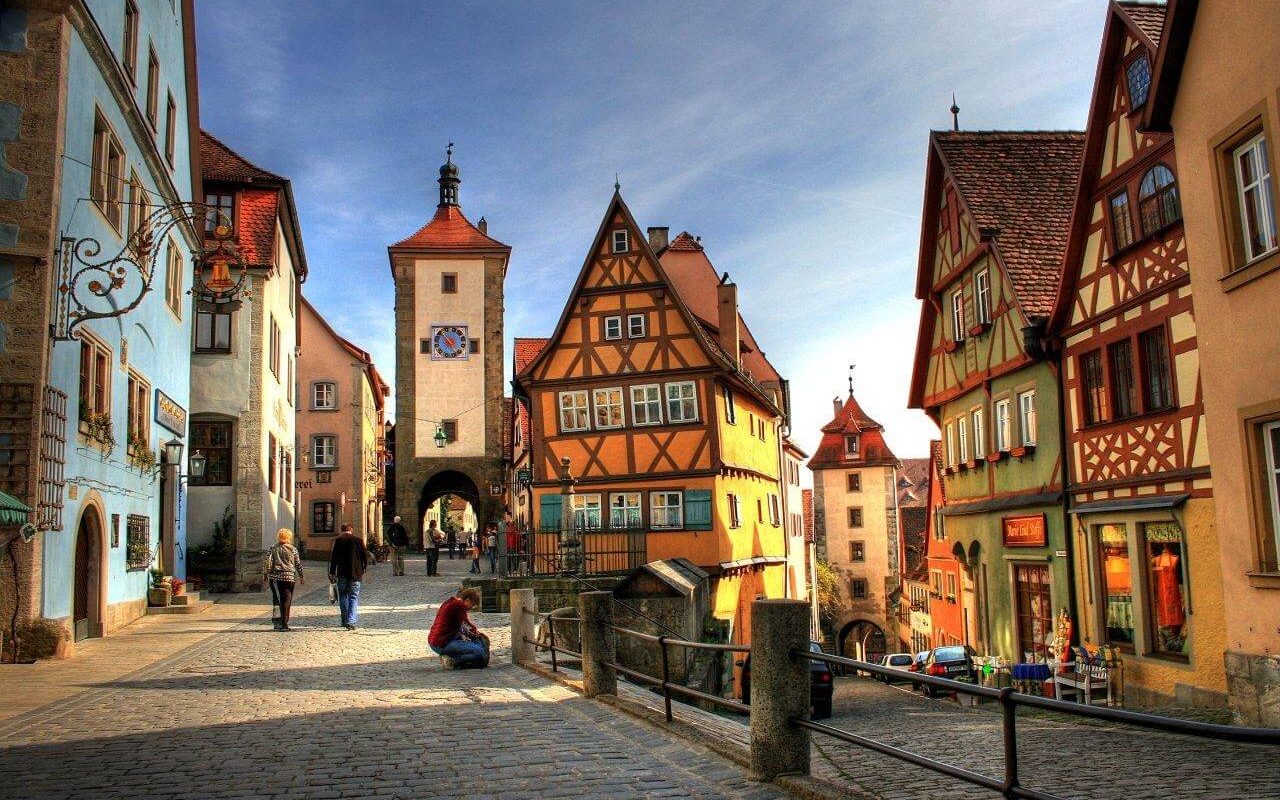 When you think about your culture, you know what that means and you can describe to someone else those things that make you be, for example, a person from Latin America or from Europe. But what does the word “culture” really mean? According to Wikipedia, culture is “the set of customs, traditions, and values of a society or community, such as an ethnic group or nation” and also is “the set of knowledge acquired over time”. In other words, culture is a set of features that characterize people: food, music, weather, traditions, sport and hobbies, and also languages.

If you have ever had the possibility to live in another city or country, you can take a few minutes to think about those aspects that are common and different between your hometown and your new home.

In my case, I can easily recognize the similarities and differences between Argentina, the country where I was born and lived until I was 28, and Germany, where I moved in 2016. I will make a list with a few things that I realized in these years (and I’m sure I will discover even more!):

-People: people in Argentina are forward. We like to chat and be nice to everyone and we can stand close to others without a problem, we don’t need such a thing like “personal space”. We also like to make others feel like they are at home, comfortable, and give them what we have (and even what we don’t have). Maybe the best word to describe this is solidarity. We can invite you to our place just 5 minutes after we meet and ask you if you want to try mate, medialunas, or alfajores. Argentinian people are more social than german. No doubt.

-Food: we have a large tradition of local food with products from all over the country. Even if we share dishes like empanadas and alfajores with other countries like Chile and Uruguay, each one has particular flavors and ingredients. For us, food is not only to eat but to share a moment with the family, friends, or someone else. We also take time to prepare what we eat. For example, we need at least 2 or 3 hours to grill a piece of juicy meat. However, Germans grill their steaks in 10 minutes. No way! We cook longer than them and we use fewer sauces and less spicy seasonings than they do.

-Transport: In this case, I have to say that compared to Argentina, the public transport in Germany, particularly in Berlin where I live, is more efficient, punctual, and cleaner. Besides, maybe it is also cheaper. In Buenos Aires, for example, you have to pay each time you get on the bus, train, and/or subway; but in Berlin, you pay one ticket you can use for 2 hours, or buy a ticket valid for a day, week, month or year. And at specific times (like at the weekends and every day after 8 pm) you can travel with someone for free. So, if I make some calculations, I would say that in Berlin it is cheaper to travel by public transport than in Buenos Aires.

-Music: In my opinion, Latin music is much better than German music. I believe in Argentina we have more styles and genres than in Germany, such as rock, cumbia (villera, santafesina, romántica), reggaeton, samba, tango, pop, murga, cuarteto, zamba, chacarera, milonga, as well as trap. In addition, many groups and singers are very important in the region, as Soda Stereo, Andrés Calamaro, Gustavo Cerati, Charly García, Mercedes Sosa, and Carlos Gardel. It is important to take into account that the language is a vital factor in this case because I think it is easier to spread Spanish music all over the continent. In the case of German music, the music market is smaller and I know people there prefer music in English.

-Weather: I have never considered the climate as a part of a culture until I moved to Germany. Although I had read about the dark and long winter, I didn’t realize how significant the sun was in my life and how this “little detail” can impact your daily routine. Buenos Aires, for instance, is sunnier than Berlin. In summer or winter, the sun is there for you. So you don’t care about it. But in Berlin, when the sun shines, you have to go outside. It is (almost) a must. Like a plant, people also need -what I call- “photosynthesis” or incorrect terms produce vitamin D. Luckily for the winter and rainy days they invented “Kaffee und Kuchen”, this moment of the day when you sit down, relax and drink a cup of coffee with a delicious piece of cake.

On the other hand, this kind of weather, wet and cloudy, has an impact at home: when you are inside, you have to take off your shoes. I’m not sure, but I believe this habit is related to the weather. Your shoes are always wet, sometimes with snow or dry leaves and it is better to leave them in front of the door and keep the floor clean. That’s why it’s vital to have clean socks without holes!

-Language: I find Spanish language easier to speak, understand, and learn than german.
It is not just that it is my mother tongue. It is what all people say when they start to learn German. It is difficult and its grammar has more exceptions than rules. It’s challenging but not impossible!

Considering different angles of our own culture is a good exercise. A good exercise to think about what we consider as “natural” isn’t just natural but just the way we are. However, that is not valid for everyone. I believe that analyzing cultures can teach us how we are and how we do, but also how other people live and believe. Besides, after that, we can learn from each other and make our beliefs and ways of being and doing much better.

Now that you have read about my adventure living between two different but interesting cultures, what can you tell me about you and your experience? What can you tell and reflect on your culture and the aspects that make it special and unique?